Magixx The Writing and Art of V. V. Saichek

I WAS ONLINE AND SHE WAS THERE, TOO. She responded to my F>B> posting (an adorable snap of “me” with romping kittens,) with a big

The text line crawled – ‘FRIEND ME . . . Tell-Me-More-about-Yourself, I think you’re Cute!’ Bubbly girl. Bubbles from here to the moon. Sure! That’s exactly what she said! Blond hair, such a pretty-pretty-pretty. And a persuasive potty mouth too with her slitted lips and bleeding Jezebel eyes.

‘Likes to water ski. Taking time off of school to bartend.’ FRIENDS with Mindy and Suz, and Becky and Tom and David and perhaps you know . . . (an endless, looping list.)

Shoooooo. I sent this lovely lovely Barbie doll head a request for a private chat, filled with flowers and nicey-nice and soft soft kitten parts. I waited fifteen minutes. I noted she was on line. Perhaps she missed my request.

I sent it again.

I timed myself a trim 15 seconds to post the request and recycle, recycle, recycle. By dawn I was burning with fever. I sent her a private message, then, of things only my whispering voice can tell. Of ropes and whips and time. Of skin. Of her breath on my hand, my hand on the knife. And then I waited.

She blocked my profile but I know where she lives that taunting bitch. I found her easy.

I know what she was asking for. I am UR2HOT4ME. I have the posts. Won’t she be surprised to see me?

When I saw you alone and crying, the dark swallowing up your form,

I thought I must be dreaming.
Somehow I always catch you in fallen light;
You were standing in the shadows by the reeds.
You looked so loose and spare; so thin,
I held my voice so as not to give a shock.
What compelled you, my friend,
To come back here of all places?
Where nobody wants you?

Your face looked bad – as if it had been cut from stained glass,
Or perhaps just cut.
You stood on the dock watching night come loose –
Red spattered pants and shoes and all.

Then you walked the pier my father had built all the way to the edge –
Toes hooked overboard in black Doc Martin’s,
Arms all akimbo, and I thought you were beautiful.
You looked torn asunder, well beyond repair,
And still you kept your vigor
Well beyond the vertical of water.
I had to smile.
I think I loved you then.
But the water made squiggles like spiders creeping

And your eyes went blank as scrims,

So I watched you implode instead.

My hand was on your shoulder and then it was not.
You bent down till your knees kissed the boards,
Till your head could go no lower.
You placed your face just above the flat slats
And you hissed something harsh, a name, a number, a need.
Somebody broke out the shotgun
And your body slipped in, your limbs twisting a cypher.

But just before you were struck
When you turned and reached out for me –
I saw the whites of your eyes open wide
And your lips crack a rich, competent smile.
You waved goodbye from your small, avid perch
While your chest folded in from wild report.
The sun failed.
The dock turned a rich, lusty red.
And we shuttered our thoughts and crept home.

A STORM WILL SETTLE UPON ME

After seventy miles of nothing much, I was finally there. I turned down a dusty gravel road, passed a cow farm and a windmill, and took a hard right onto the overgrown two-track that lead to our cabin. The lake was now a full-fledged marsh – a victim of overzealous DNR influences – and full of nothing but carp, otherwise everything seemed vastly untouched. When I rounded the last curve, there it was, the family cabin. I took the old key and scraped it into the rusty Hoyt lock. I jiggled it as in days of old and popped the swollen door open with my knee. There wasn’t much to it. A main room, a kitchen, porch and two bedrooms that managed to all overlook the lake. We were at the tip of what was charmingly called “The Peninsula;” and it looked exactly as I’d left it twenty-five years ago when I’d turned eighteen, turned my back on them, and headed off to war.

One of the blinds snapped up with a snick, and light filled the room. I am confronted by an accusatory collection of trinkets and tchotchkes lounging in the small of a dissolute afternoon. Glass figurines of dogs and ducks are stationed everywhere as are angels in flight; as are the invisible thoughts of sad landscapes painted by amateurs. I suck in the mold and dust and losses of those remote twenty years and tell myself to buck up.

Everything is old – rotten actually, from the ceaseless push of the marsh that waits for all things to be rendered back into microbes. The walls hang with disease and I sneeze. My palm is now full of snot, which seems fitting. My Dockers are already crapped up from the road, so I transfer the effluent there. After years of highs and lows, I know for a fact I am home.

Even the smell remains, which you would think would have cleared out by now but it’s in the walls themselves and will never leave. The haunted ichor of Pall Malls and cherry pipe smoke trips across the ceiling. Oh, ho, I say, it is all mine now. To the last brace.

The trinkets break their queer posturing and bow in my direction. Porcelain and glass figurines mix it up with tin and iron toys, which tip forward and rasp hello. Some flutter wickedly assembled hands. Others, like ashtrays and tumblers and swizzle sticks, trolleys and teacups and magic flutes, smirk and squint with cracked and glazed glee at the sad man before them. I’ve come back searching for magic, for this is the last place I’d left it.

The afternoon sun is performing its usual walk-about. It exhales its hot and windblown cares, stirring the trees to muttering. The birds have gone. A storm will settle on the lake in a few hours, but for now, the sun saunters across the grass in its deadly/lovely fashion and I am taken back to other storms, and to my father’s private fixation. He was a medium man, faintly blond and clean-shaven, strong, and vigorous and rather funny. The winds in this part of Wisconsin could kick up to gale force and the rain, fall in bucketful’s, but it was the demonic thunder that drove him to distraction. He’d contort and grimace as the rains fell. He’d trundle back and forth though the smallish rooms muttering just above a whisper: “I hate these goddamned things.” I, in my flip-flops, would slip-slap behind him giggling and pulling his shirt – but the best was yet to come. A crack of lightening would bang across the sky and we would count out loud, one, two, three . . . until the cataclysm struck.

When the thunder came he’d jump up and down, then bounce two-footed across the floor – swearing all the while – “Jesus Fucking Christ On a Stick . . . I HATE that shit!” This is what I waited for all summer, this mad explosion of harmless expletives followed in kind, with stamping, hopping and hooting – all over a measly few bolts and booms. How I adored him then. He’d grab my hand and say to me, my broad smile beaming impish joy, “Mikey, now don’t be scared,” and he’d plop me onto the ratty faux-Victorian yellow velvet couch where we could watch “Sixty-Minutes,” or “The Movie of the Week”. My mother would try to soothe his wracked nerves with an imperiously timbred, “Now Calm Down, Bob,” which did nothing of the sort. His performance was utter bliss for a small child unafraid of such wonders.

In real life the sun was climbing the back of my neck and a wasp had made it in behind me, making my weaving hands it’s business. I snapped out of my reverie and took a breath. I made my legs move to the back room, the wasp trailing behind. I’m a bit nervous. All this past is tearing at my frayed nerves, which have turned to mush from drink and drugs and too much bad luck. Twenty-year old challenges rise from underneath musty beds and passing thin walls. I cross the threshold to the room that holds the portable potty, (there is no running water – we were too close to the lake,) and along side it stands a massive armoire, full of my father’s mysteries. Here was history slathered in linseed oil and joined in three dimensions. I pulled the cumbersome doors open. His white leather ducks lay crooked at the bottom of it all, and the air huffed out of me. Now scuffed, cracked and broken, these were once Important Shoes. He was a killer dresser; a successful advertising exec specializing in political elections. He wore these very shoes to fifty-dollar chicken dinners and spring voter rallies, where he walked next to the politicos – mostly to victory. Those devilish shoes adorned dandified light blue seersucker suits and white Panama hats with beautiful bands. Later, he used them for their fine leather soles – to high tail it up the ladder and shingle the roof.

I eased them out from between croquette mallets and wire wickets and slipped them on. I stared into the darkness where the smell of varnish and thick, heavy sheets of old wood still penetrated the air. My hands ran over the cut-off shorts and goofy Mexican serapes he loved to wear. They teased apart endless hangers full of Men’s Arrow shirts; ransacked the pockets of his old hobo pants with rope belt and finally, my hands grasped the unmistakably dense wool of my fathers great Captain’s coat from WWll. Oh, this grand trench; with its snazzy epaulettes and lapels and pins; its broad, imposing shoulders and shaped and cuffed sleeves, its belted waist and flaring skirt that brushed the calves . . . ah, romance. I crushed its history against my chest and cried. I had come seeking magic and I found it; stored and stashed in memory. I slipped the coat on in the eighty-degree heat and felt nothing but a blessed cool. In the waiting air of a coming storm, my father’s hand fell in mine. 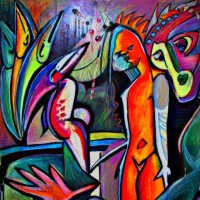 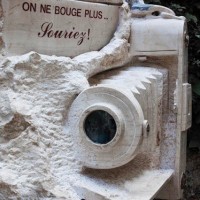 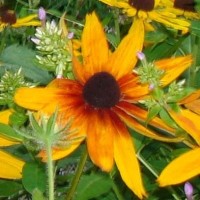 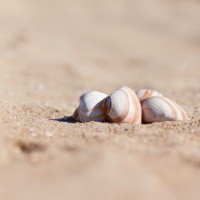 The Writing and Art of V. V. Saichek

Eye Will Not Cry

random thoughts 'n things from the life of jacob

Capturing the good, the bad and the ugly of lesser-known Spain and now Southeast Asia

thoughts from the forest

We pay our taxes and we wave our flags, we buy the bullets and the body bags

picturescorner.wordpress.com/
In Flow with Otto

Creativity is within us all

an attempt to capture the world around me

The Nucleus of the Universe for all Nerd Hacks!

Walk and Bike in France and Europe www.walk-bike-camino.com